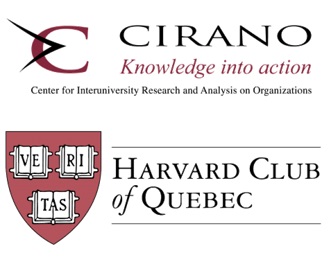 Our Economy and the New World Order

Part of the HCQ + CIRANO "Envisioning Quebec in 10 Years" Series

In 10 years, China will likely be the first economy in the world and will be in a strong bid position to dominate trade and commerce for a good chunk of the 21st century.  As we enter an era of advanced digital technologies, what should be the main pillars of Quebec’s economy in 10 years?  As a small and relatively isolated economy, Quebec will need to make choices in order to strengthen its economic development.  What will be the dominant success factors?  What should the government’s role be in outlining industrial and economic strategies?

Visit the CIRANO + HCQ website for more information on the project and speaker series.